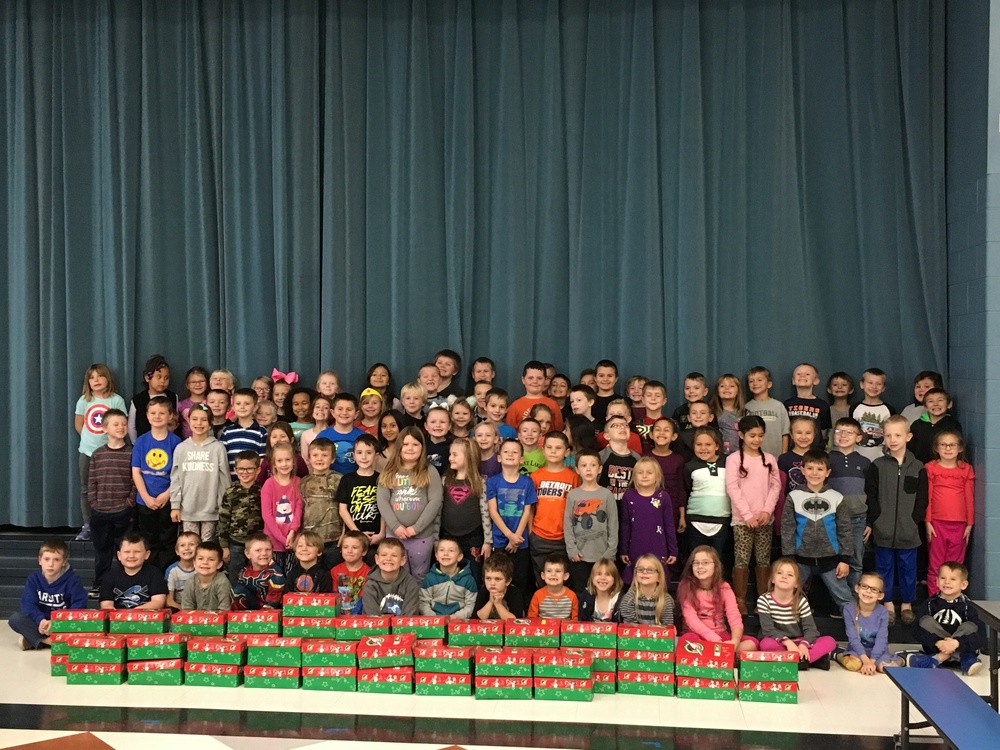 “We met Holly Reed through a colleague. Every year Holly takes it upon herself to stuff as many shoe boxes for OCC. After talking to Courtney about project based learning and learning through real world interactions Holly asked if our first graders would want to learn more about their community and themselves by filling shoe boxes for other kids in need. This project is tied to our social studies standards. Holly came in and launched our project by asking the kids if they knew what Superhero’s do.  When they answered by saying, “they help people!”  She asked, “Do you want to be superheroes?” - Stacey Douglas, First Grade Teacher

The first graders used reading and writing skills to read about different parts on the world, write their own flyers that went home telling families what we were doing and asking for donations. The first grade students then picked a specific gender and age group that they wanted to fill a box for. They helped organize the items and did all of the stuffing themselves. We wanted to capture all of their hard work and teamwork to share with the community.”

"Watching kids work together to problem solve is exciting" states Penny Church First Grade Teacher at Meridian Elementary when asked what she thought about the project. When presenting at the recent Board of Education meeting on Monday, the Board was very impressed by what our students accomplished. The words terrific, amazing, and wow, were used to describe what our students accomplished.

The Meridian First Grade teaching staff of: Penny Church, Stacey Douglas, Tricia Olmsted, and Emily Clark would like to thank everyone who donated to their project and making it a success. 63 boxes were filled as a result.

Check out their video here: