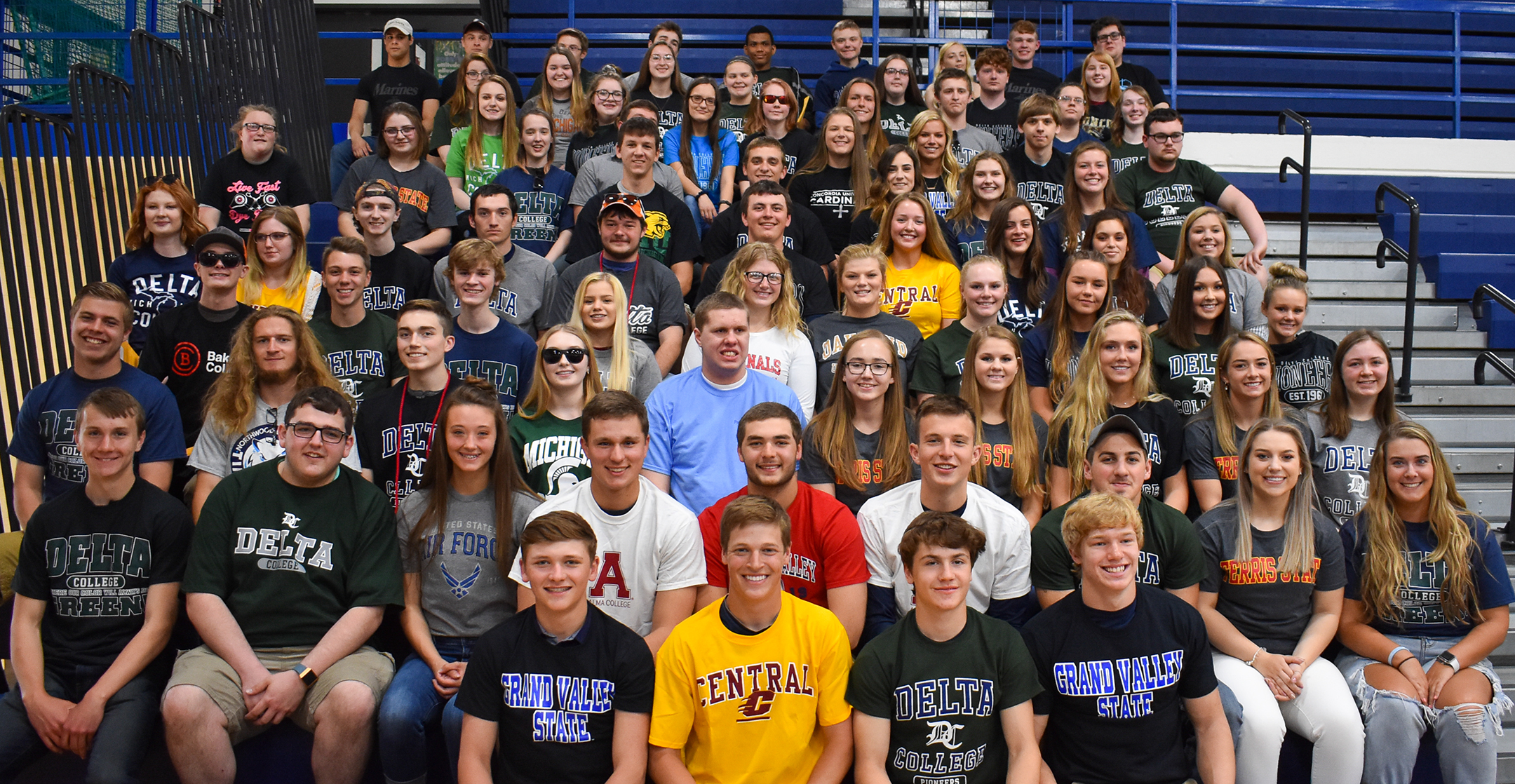 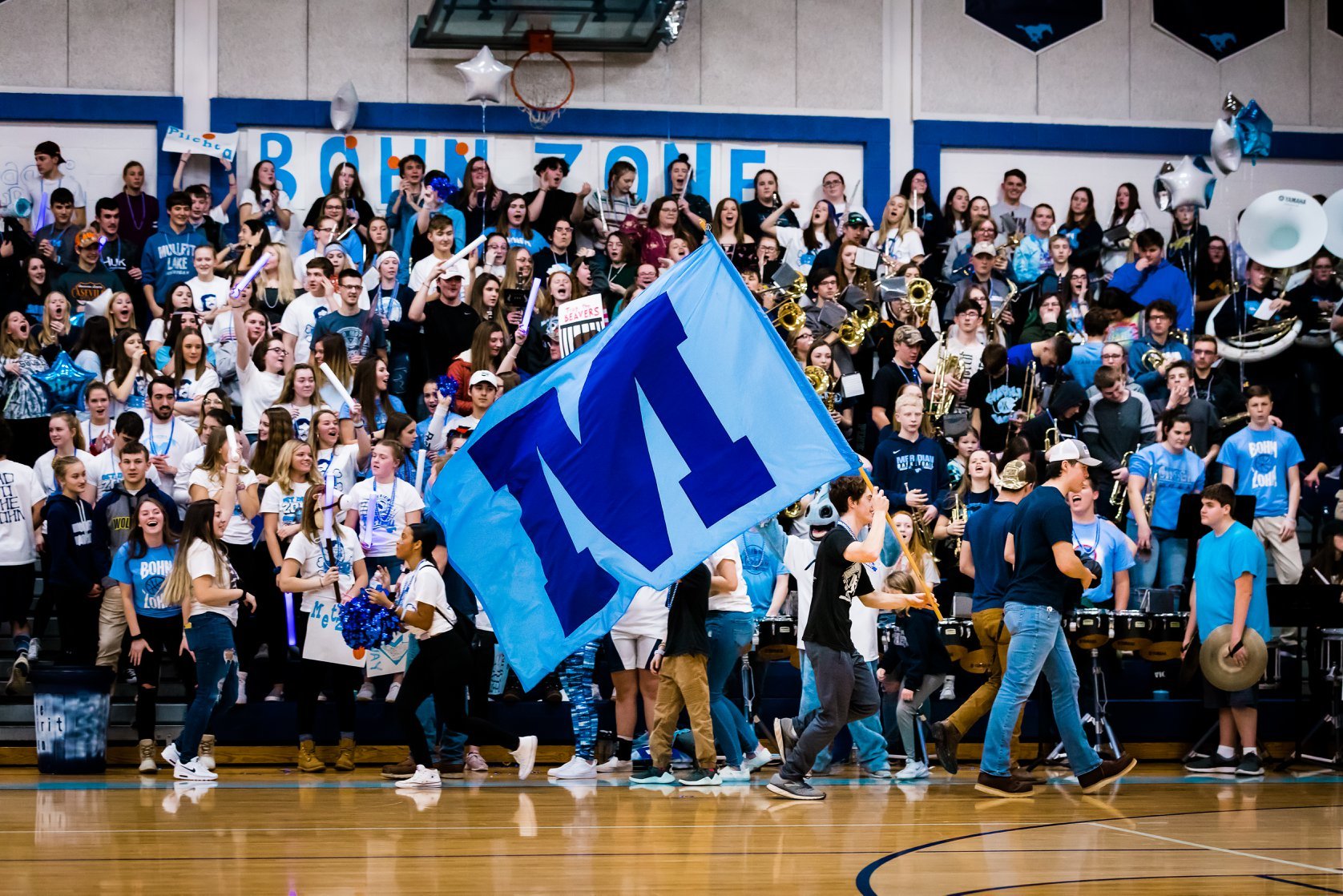 **PLEASE NOTE** THE MERIDIAN PUBLIC SCHOOLS REGULAR BOARD OF EDUCATION MEETING For NOVEMBER 23, 2020 WILL NOW BE A VIRTUAL BOARD MEETING BEGINNING at... 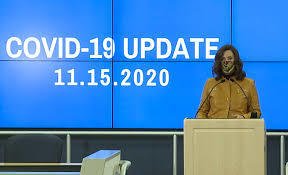 **PLEASE NOTE** THE MERIDIAN PUBLIC SCHOOLS REGULAR BOARD OF EDUCATION MEETING For OCTOBER 19, 2020 WILL NOW BE A VIRTUAL BOARD MEETING BEGINNING at 6:30 p.m. ...

October 30, 2020 Dear Mustang Families, This school year has presented all of us with some unique challenges, and I’m very proud of how our students and staff have responded. Our return to in-person learning has been successful. At the same time, the amount of COVID-19 cases in the community continues to increase and it is having a significant impact within our schools. We have had to quarantine well over 100 students and staff to date and closed multiple classrooms due to students and staff who have been required to quarantine. Thankfully, we have managed this very well with the support of the Midland County Department of Public Health. However, this has placed an extra burden on students, families, and staff who have been directly impacted. We are doing our best to support students while they are quarantined, but this is proving to be challenging due to the number of students and staff impacted. Due to these circumstances, I am making a change to the school calendar. Students will not report to school on Friday, November 13th. Students will be assigned remote learning for that half-day. This will allow school staff to be provided with additional training on supporting students who are not in school for an extended period. We will also use this day to do an extended deep cleaning of all of our buildings. I want to continue to emphasize that the choices that are being made, especially small group gatherings, are having a great impact on the community spread of COVID-19. Schools in the county remain very safe as there has only been one outbreak traced back to a school setting. The one thing that we really need help with is to have those that are exhibiting symptoms to remain home. While we have heard about many symptoms such as fever, dry cough, and the loss of smell or taste, there are some less obvious symptoms such as a runny nose. While I understand that staying home with mild symptoms such as a runny nose goes against what many of us think we should do, this is contributing to the increase in numbers. The conversation around whether or not schools may close is certainly one that I’m well aware of. We are committed to remaining in-person and have the support of the health department. It is a certainty that students and staff will continue to be quarantined and that classrooms and/or grade levels may need to learn remotely for a period of time, so please bear with us as we work through those issues. Perhaps the biggest current threat to in-person learning is staffing levels as there is a shortage of subs for teaching, transportation, and cleaning. All decisions will continue to be made on a case-by-case basis in order to do what is best for students and staff. Yours in Education, Craig D. Carmoney

Michigan Association of Superintendents & Administrators FOR IMMEDIATE RELEASE Meridian’s Craig Carmoney Named 2021 Michigan Superintendent of the Year LANSING – Craig Carmoney, Superintendent at Meridian Public Schools in Sanford, was announced as the Michigan 2021 Superintendent of the Year award winner by the Michigan Association of Superintendents & Administrators (MASA) tonight during a surprise agenda item at the district’s virtual board of education meeting. The Michigan Superintendent of the Year Award is presented by MASA to an association member who has shown tremendous effort and dedication to enriching the lives of children and the community as a whole. “I’ve known Craig Carmoney for a long time and there is no one more deserving of this year’s Michigan Superintendent of the Year award,” said MASA Executive Director Dr. Tina Kerr. “His spirit, determination, and leadership have been a driving force in the community for many years. Whether it’s embarking on new ways to educate students or supporting students and families through a pandemic and history-making flood, Craig is a leader for the ages. We are so proud to have him representing our state with this honor.” Carmoney’s nomination for the award included input and support from staff, students, local leaders, and colleagues across the state. “Craig is a well-regarded mentor to teachers, administrators, and colleagues, actively supports colleagues partnering for student achievement, and has been instrumental in the success of his community through COVID-19 and a 500-year flood event this spring,” said Jim Walter II, Superintendent of Clare Public Schools and the person who nominated Carmoney for the award. “As a friend in the same position in a neighboring district, Craig has been instrumental in my learning curve success as a superintendent. He is adept at allowing others to speak and cultivating everyone's opinion in a group as equally valued, but not afraid to call out a practice that may be wrong. Public education needs more leaders such as Mr. Craig Carmoney.” Carmoney was named Superintendent of Meridian Public Schools in July of 2011. Meridian Public Schools is 21st Century school district that has partnered with the New Tech Network, Project Lead the Way, and Delta College to offer project-based learning, 1:1 technology, and early college for all students. Meridian is the only district in the state of Michigan to operate a full-school early college and partner with the New Tech Network to support K-12 project-based learning for every learner. Meridian Early College High School has been recognized annually since 2013 as a National Demonstration School by the New Tech Network. Carmoney has dedicated his career to ensuring that every child is given the opportunity and pathways to succeed in life, college, and careers in the 21st Century. Under his leadership, the first-year college completion rate at Meridian Public Schools has more than doubled to nearly 80 percent and its most recent graduation rate increased to more than 95 percent. Meridian students now earn more than 3,000 college credits per year – 30 times the amount of credits earned prior to Carmoney’s tenure. “Meridian Public Schools have truly been transformed by Craig's vision and leadership,” wrote Sharon Mortensen, President/CEO of the Midland Area Community Foundation in a letter of support for Carmoney’s nomination. “As a superintendent, he is willing to challenge the status quo and look at things differently. He brought educational ideas that veered from a traditional approach and successfully implemented them in a rural district. I can think of no superintendent more deserving of this award than Craig Carmoney given his leadership during these most challenging of times.” Carmoney holds a bachelor’s degree from Grand Valley State University and a Master’s in Educational Leadership from Saginaw Valley State University. He is also successfully completed the Michigan Leadership Institute Supes Academy, the Great Lakes Bay Alliance Leadership Program, and the Saginaw Valley State University Gerstacker Fellowship Program. Before coming to Meridian, Carmoney served as Middle School Principal and Assistant Superintendent for Bullock Creek Schools. He was also a classroom teacher in both Bullock Creek and Alpena Public Schools. Outside of his work in the district, Carmoney is an active and involved volunteer. He has served as a part of numerous national, statewide and local organizations, including MASA, the Michigan High School Athletic Association, the New Tech Network District Leadership Council, the Midland County Long-Term Disaster Recovery Committee, Sanford Area Chamber of Commerce, the Midland Business Alliance, the Midland County College Access Network Leadership Team, the Saginaw Valley State University External Advisory Team, the Greater Midland Area Community Center and the Midland County DARE Board of Directors. MASA’s superintendent selection committee includes representatives from Michigan’s various education stakeholders, including superintendents, school boards, principals, and teachers. The committee selected Carmoney from a pool of highly qualified nominees from across the state As the MASA honoree, Carmoney is now in the running for the national Superintendent of the Year Award from the American Association of School Administrators (AASA). AASA will convene a Blue-Ribbon Selection Committee to select four national finalists in December. The four finalists will participate in a national briefing and interviews in January at the National Press Club in Washington, D.C. The National Superintendent of the Year winner will be announced in February at the AASA National Conference on Education, where all state winners are recognized as well. In addition, Carmoney will be formally recognized at MASA’s 2021 Midwinter Conference in January.

Meridian Public Schools is excited to announce that per a USDA Ruling, effective immediately ALL students enrolled at Meridian Public Schools will receive FREE Breakfast and FREE Lunch through December 31, 2020 or until USDA funding runs out. Please contact Food Service Director Melissa Gohl at melissa.gohl@merps.org or 989-687-3212 if you have any questions. view image